Letter to Recology SF Regarding Pedestrian and Cyclist Deaths in San Francisco.

I am a resident of San Francisco, an artist, a university and community college instructor and a safer streets citizen-activist. I am also a non-car owning San Franciscan who gets around on a bicycle a majority of the time. Like many members of the San Francisco artist community I have supported the Recology Artist in Residence program over the years by attending exhibitions and applying periodically for a spot in the program. I am also active in promoting the program among my students and to friends and colleagues. I hold a lot of good will for the AIR program and several of my colleagues and friends have been selected for it. I am also, as all residents of SF are, a Recology customer, I pay two bills a month to your company, one at my home, and one at my studio.
It is as a bicycle commuter however that I have seen the dark side of Recology. I have, on two occasions in 2013 been aggressively intimidated and put in danger by Recology fleet drivers. In spring of this year, while cycling to a doctor's appointment on Octavia Boulevard at Market in San Francisco I was forced into the lane of traffic by a construction crane in the frontage street bike lane. I signaled with my arm and exercised my legal right to the lane by safely entering traffic. Just then, a large Recology garbage truck exited I-101 from behind me. Not only did the driver accelerate to within only a few feet of my bicycle while I was riding up hill, he then proceeded to blast his air horn. The situation was jarring and, fearing for my safety, I quickly worked my way around the construction site and returned to the bicycle boulevard/frontage road next to Octavia, a maneuver I would have done anyway if the driver had given me a chance. But he did not notice my obstruction; instead he was intent on intimidating a more vulnerable street user, presumably for his amusement. At the next stoplight I tried to explain the situation to the driver but he laughed and ridiculed me. Less then a week later 21-year-old Dylan Mitchell was killed by another Recology truck, I was chilled to think it might have been the same callous, heedless driver who threatened me the previous week.
On a second occasion in San Francisco several weeks later as I was commuting from my studio to my home in the Mission District, I approached Mariposa Street from Indiana St. heading north, intending to take a left turn, as I approached the intersection to stop a Recology pick-up truck sped around the corner to my left onto Indiana, executed an illegal U turn behind me and then, as I came to a stop at the stop side drove up to my left at the stop sign, intentionally crowding me and cutting off my turn. When I mentioned this to the driver he ridiculed me and told me to stay off the road before speeding off in front of me.
As a cyclist in San Francisco I am constantly on guard against the dangers of reckless, distracted drivers who are legion. More rare are the cases where I am outright intimated and threatened by drivers, but in two of these rare occurrences this year drivers for Recology have been responsible. They have done so in a year where Recology drivers are responsible for killing three vulnerable street users.. To review: three citizens have been killed, and one small child maimed by your drivers in 2013. These events and my personal experience denote a company culture of wanton and heedless disregard for public safety. I will work to see that you are made accountable to the citizens of San Francisco and also to see that members of San Francisco’s Art community who have given so much of them selves to Recology’s AIR program join me in calling for change.
I call upon San Francisco City leaders to make Recology’s contract conditional upon its ability to stop killing and maiming members of the public. Any new events of this sort should result in immediate revoking of your contract. Until concrete changes are made, I will boycott any Recology events and encourage my friends in the art community to join me in doing so and to explain to you why. 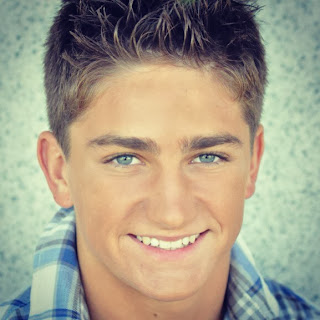 21 year old Dylan Mitchell, killed by a Recology truck this year on his bike.