Cars Are Hard, Bodies Are Soft 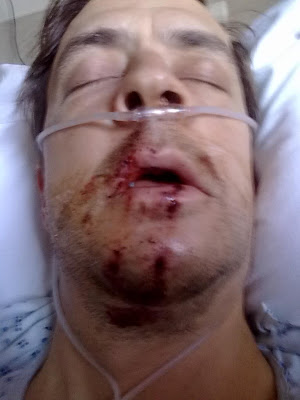 Nine months ago today I was riding my bicycle from the Balboa Park Bart Station to San Francisco State University to do some prep for a printmaking class I was teaching. It is a distance of just under a mile and is a route I've ridden dozens of times.  This day I changed my route and (in a moment of carelessness? confusion?  bad luck?) was struck by a car, landed in the street on my face,  shattered my front teeth and broke my jaw. I am mostly on the other end of this experience thanks to the support and love of my family and friends,  and the skill and commitment of many medical professionals. I want to share the experience here so that people I know can have an idea what I went through, sort through their own feelings and views about cyclists and drivers, and the importance of the choices we make about how we get around and the way in which it determines how we relate to the places we live.

In the morning I left my house in the Mission District of San Francisco for downtown Oakland to observe and support the Occupy action that day which was focussed on shutting down the Port of Oakland. I had some free time and figured it was finally time to show up.  I remember recognizing Rupert Garcia on the train, the great Chicano printmaker and activist and former SJSU Painting instructor (he led me on a tour of their program in the mid 2000's).  I was too late for the port action although I cycled around the port road to see the police barricade. Mostly I milled around with a moderately sized group at Oscar Grant Plaza and met my Studio mate Josh. I ran into a family friend who I was surprised to learn was an active member of the Occupy movement (She is a full-time paramedic and a single mom so next time you hear people say the Occupiers are lazy call bullshit.) 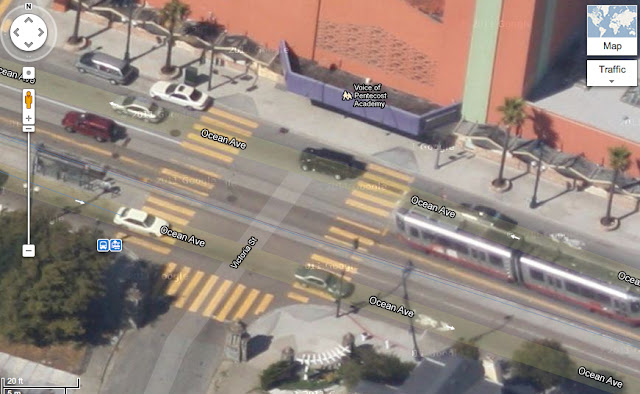 Josh and I had lunch nearby and then I headed back to San Francisco on BART. I was wearing an old denim Carhart  jacket from my carpenter days, steel toe boots and a tweed cap, my longshoreman's drag I guess. I had my bike helmet with me but on the train had taken it off and strapped it to the front rack of my bike on the train. For whatever reason I did not wear it when I left the BART train. This day, also for some reason I will always regret, I decided to take the busier Ocean Ave. to SFSU instead of my usual route of Holloway, (a quieter quasi-bike boulevard). This is a complicated, busy urban space that borders a suburban part of the City. Ocean Avenue is a four lane street with Muni (San Francisco Municipal Railway) light rail (the K Ingelside) in the left lanes . My intention was to take a left from Ocean Blvd.  onto Victoria, a side street that dead ends into Ocean. As I approached the intersection in the right lane the light turned yellow. Cyclists will be familiar with the maneuver I then attempted, I slowed down and waited for the red-light for traffic in my direction, intending to use it to cross the street and complete a left turn. I've since heard it called "boxing the intersection".

I crossed the intersection and turned to the left. I looked up at a walk signal that showed it was safe to cross, as I turned to my left it was too late, a car that was coming from behind me in the left lane was going through the intersection at  the very last second moving fast, as you'll do when you are beating a red. The driver may have been texting, it's possible their vision was obscured by a Muni shelter in the intervening space. I know she was running the red because I saw the walk signal and because another witness was stopped in thier car at the red light in the other direction. That driver heard me hit the street and described a sickening crunch, she thought I was dead and stayed in her car calming down the child in the backseat of her car. 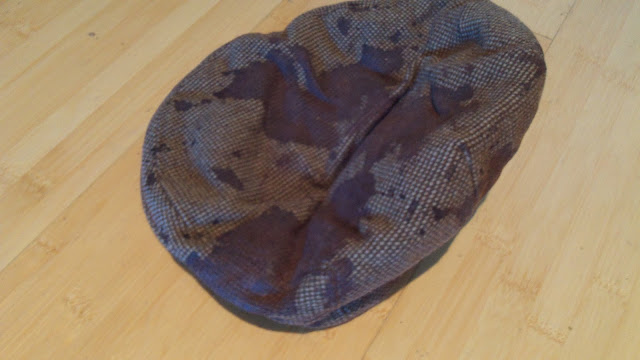 I remember everything, spinning in the air, being thrown from my bike, hitting the ground and  getting up to see my teeth scattered in the middle of the street. I immediately got up and turned to see if the driver would flee, I saw their car pull over about 2 blocks distant(!?). Pedestrians come to my aid and guided me to the curb, lots of blood, someone gave me my tweed cap and told me to hold it to my mouth. I sat and watched while the light changed and cars drove over my teeth, I tried to get up and get them  and people where forcing me to sit back down. I looked at someone and said, "I guess I'm in shock".

What followed is that surreal disruption of your normal reality, the chaotic theater of onlookers, police, fire engines and paramedics, with me in the lead role. I gave a statement to the police and remember the female driver on the periphery giving hers, "…I never saw him".  I was totally lucid, knew the President's name and the date, where I was gowing and where I was coming from. I was designated a trauma patient and rushed to San Francisco General Hospital, our county hospital, which in addition to providing primary care for scores of low-income and indigent people is one of the best trauma centers in the country.  The paramedics where awesome and sympathetic as was every health care worker I encountered that day, I am so grateful for the people that want to do that work.

I arrived on a back board in a neck brace, with oxygen and IV fluids for the ride. At SFGH I was "Trauma Beta" and got to hop the line. In the ER I was once again the locus of frenzied, focussed activity. There seemed to be general relief at my lucid state (when I rattled off December 12, 2011 the doctor said "I don't think I would have got that"). They asked me if I wanted to let someone know where I was, "I guess I should let my wife know". 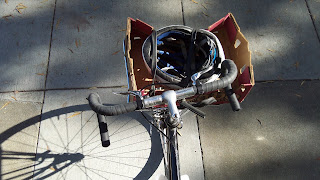 CT scans, neurology tests, intravenous painkillers, first morphine then Delaudid. A dental surgeon came and pulled out the remaining broken teeth and many bone fragments in my upper jaw. At one point he was on top of me yanking out the remains of my right incisor like he was pulling a nail, even with a truckload of Lidocaine and Delaudid that hurt. He stitched me up and I was shunted off to a corner of the the ER, floating on a warm river of embryonic fluid  when Sarah showed up. I was still in neck brace, and they had cleaned up none of the blood, real horror show. When Sarah saw me she inhaled sharply and held her hands to her mouth. She checked herself in that way you do, not wanting to disturb the injured party more (It didn't matter, I did not really care about anything at that point) and recounted the story of her friend Stacy, who lost her front teeth in a pogo stick accident (true story, it was at work and she got workman's comp) and had since got implants.

There are some things people will do for you that you can never repay, like Sarah spooning me in my hospital bed that first night. I was at General for three nights. Surgery on day two to wire my lower jaw (a lateral fracture had caused my lower front teeth to flap like an old door). While I knew I was lucky to be alive, The initial prognosis was not encouraging. I had hairline fractures in my sinuses. I might have permanent pain management issues. I may lose the bottom four teeth in addition to the top five.

In the end my lower teeth healed remarkably well. I have had inserts installed in my upper jaw along with bone and tissue grafts. I probably will have to wear braces for a year before the final (five) teeth are installed. The past nine months have been a constant stream of calls to insurance companies, appointments with lawyers, doctor's appointments. Some people know the drill. I am very lucky to have not had a very medicalized life so it is fairly new to me. Adjusting to wearing dentures, or going in public with no front teeth has been challenging. Since I can't eat with my denture I tend to avoid social eating with people I don't know well. In restaurants I position myself to face a wall so that I don't have to feel self conscious. Pretty minor stuff but it helps me feel admiration for  people living with disabilities or disfigurement. I have pretty crappy insurance and the payout from the driver was a small fraction of the total bill. I am lucky to have generous relatives but I can see how people in a more vulnerable position would have a trouble bouncing back from something like this.

Two years ago I ceased being a car owner, and get around on bike and public transit almost exclusively. This has mostly been a quality of life choice, I would rather experience my City  in this way than by driving through it. I also want to contribute to our society's evolution away from car-based transit. I don't want my story to scare people away from riding bikes, I still do, although more cautiously than before.

I am writing this to fill people in on what this year has been like for my wife Sarah and I, the legal issues are settled so I don't need to be careful about what I say. Mostly I would like people to be careful on the roads. I am as guilty as anyone else at times but I am mostly talking to drivers, to stop cutting corners and taking chances, pay attention and SLOW down. The life you save could be my own. 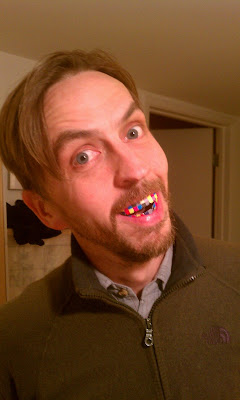 Anthony, you're alive and I'm very thankful for that. Ive been hit by cars before and it's awful ..
Funnily enough I'm not surprised at your attitude towards this whole mindfuck of an event. I myself may have quit commuting by bike if Id been in your shoes, but you've been forged in the cruciable of Troy, N.Y. and you're beautiful.